I remember thinking about how many productive and fun things i was going to do with my first child.

In my head i had planned out everything from story time to learning the alphabet and numbers. I had even requested for people to buy me books as gifts.

I wanted to be her first teacher. Bring out the wisdom in my little girl.

They say a child gets their intelligence from their mother and not their father. I mean if thats true she won’t be a genius or anything but she could get by in life.

Anyway, so with all these plans , i also invisioned that i would limit how much TV she would watch. Like maybe 30-50mins maximum spread out through the day .

BUT..The reality was that one day, i put on Peppa pig and from then she was hooked !

Hooked in a sense that sometimes she would wake up in the morning . No good morning or anything, the first thing she would say is ‘ mummy…Peppa Pig’ ( like, she was obsessed ). What have i done?, does my daughter love Peppa more than me? Maybe i should take her to the meat isle in tesco and show her some bacon rashers and tell her Peppa has gone Bye Bye!

(joking! i never would really but you never know it may have done the trick !)

It became a case of me needing to get something done i.e. Washing or breakfast without any disturbances so i would stick the telly on.

Sometimes i would feel guilty , like i’m not giving my child what she needs, am i being a lazy mum? Is this child abuse? But i really need to make dinner or do the laundry.

To be fair i grew up watching a fair bit of TV, mum wasn’t the type to read us bedtime stories, but i would go out and play in the local park sometimes with my sisters.

Teletubbies were the thing in my day, 4 different coloured stuffed human/ bear things thats used to jump up in random places and say ‘Uh Oh’ and have a sun / baby for a friend.

Looking back at it …it was quite a weird show and i never really know what i got out from it apart from learning 4 different colours.

It never did us any harm though!

Childrens shows of today, i feel are abit more educative and you learn things like letters and numbers so that makes me feel abit better about my daughter watching T.V.

Although i must admit i get a guilty feeling when i hear her reading the script of Peppa Pig episodes and re-anacting the scenes before they even happen. ( i feel bad but its pretty impressive ! )

Just to make myself feel better, i blame it on the fact that their episodes are on repeat. I mean i even know all the songs – the bing bong song is my fave !

To make it even worse sometime she comes to me with a storybook in hand asking me to read to her. That’s when i’m like wow, even the child knows im slacking.

I am grateful that she has interests in things other than TV. She really embraces her creative side . The other day she drew on her grandma’s WHITE bedroom wall! In pen! When i tried to clean it off it was only making it worse … in the end i had to spray paint the wall to hide the evidence. Thankfully Grandma hasn’t noticed.

All in all as much as i do feel like she could do with less screen time i must admit it has taught her alot and i think maybe i shouldn’t beat myself up about it too much. As long as she grows up to be a level headed and kind adult thats what matters to me most. 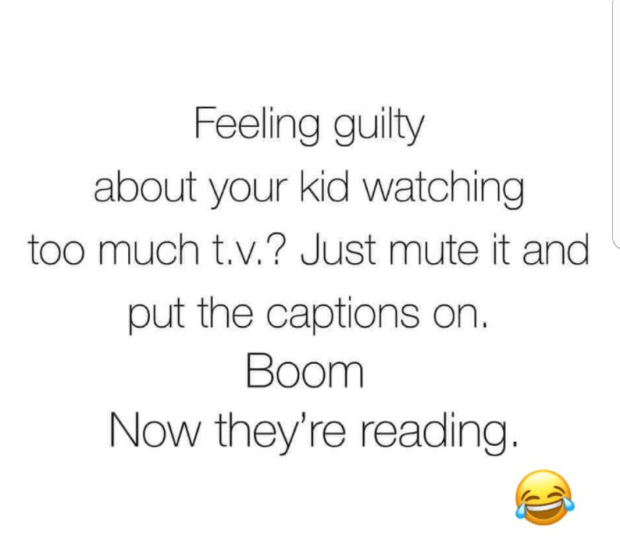